Co-author of the book, LITTLE BROWN GIRL, 2016. Developed a feature film, TV series and radio show based on the book.

“Little Brown Girl is a story of the struggle to reenter society after living in a cloistered utopian community, Synanon, in Marin County, California. From the time that I can remember, my dream was to tell my story about being a little brown girl born in a utopian experiment. I was one of the first generation of children born. Although it has since been described – and discredited – as cult, to me it was home. My memories of the community are that it was a good place – not a Waco or Jonestown – but in the early 1970s things began to change drastically. Little Brown Girl is our story, retracing the steps that led my mother to the community where I was born and the experience living on the inside to the moment I faced the outside world for the first time. I collaborated with my mother, Sandra Rogers-Hare, EdD to write the memoir, Little Brown Girl.”

The writer for a related story she wrote about her experience in Synanon and similar stories of other women raised in utopian settings published in TRACE magazine. The book Little Brown Girl was self-published on Amazon. 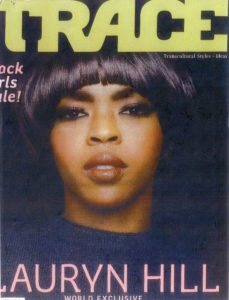